There are a number of publications on the use of Continuous Performance Test /Task (CPT) in assessing attention and impulsivity (reflista). Various CPT concepts have been used since the 1960s.

Some criticism has been pointed at ambiguity and interpretation of the results. A recently published meta-study (a study of studies), ref Hall et al, shows that CPT results are given a more reliable interpretation in ADHD investigations if one also has access to a simultaneous assessment of the patient’s motor activity during the test. It is known that the activity increases as a compensation if you need to maintain concentration even though you feel tired. Compare to when driving a car when you are tired; you tend to move a lot in the seat.

In addition, the “H” in the acronym ADHD reads Hyperactive, so it feels obvious and important to objectively measure these quantities (activity, attention and impulsivity) simultaneously and in a test.

Opatus CPTA measures the same entities as other objective tests but makes the test more useful and accessible by applying it to a mobile device.

We feel that we do not need to validate the selected test method or selected parameters (see What we measure), but need to show that it also works on our platform (iOS). Opatus has completed its first validation study for Opatus CPTA. A study at two hospitals in Sweden on adolescents with an ADHD diagnosis with and without medication to validate its clinical relevance. The report is in preparation.

Opatus CPTA is performed on familiar equipment (smartphone) in a natural environment to increase the ecological validity i.e., be less “laboratory-like”

The individual patient’s results are compared to the results from a reference group without attention problems collected mainly in Sweden and Germany.  The collection of reference/normative data will constantly be ongoing throughout the lifespan of Opatus CPTA to account for possible changes in the testees attitudes towards the test and/or the severity of making errors. Today, Opatus CPTA has approximately 1250 individuals in the reference group. 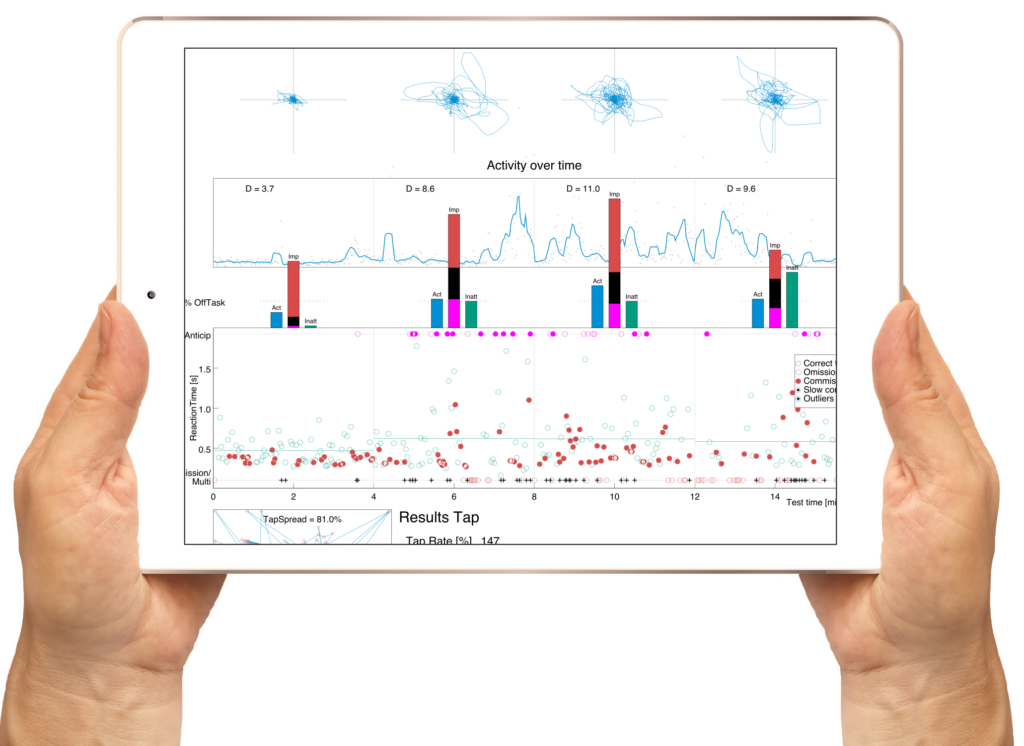