Opatus CPTA is based on well-founded science and principles. A Continuous Performance Test, CPT, is presented on the mobile unit. Various symbols are flashed on to the screen and the task is to respond (by tapping the screen) to certain symbols (targets), and to not respond to other symbols (non-targets), as quick and accurate as possible. Although a simple task, its limited amusement factor makes it difficult for some to keep up the attention causing erratic responses to be more frequent. Psychologist have used variations of this type of tests, since the 1950’s for assessment of attention. Since hyperactivity is one of the core symptoms of ADHD, Opatus CPTA utilize the technology of the built-in accelerometers and gyros in the smartphones in order to assess motor activity level. Systems that simultaneously address the three entities Inattention, Impulsivity and Activity, have proven to add valuable information to the assessment through numerous published scientific papers. 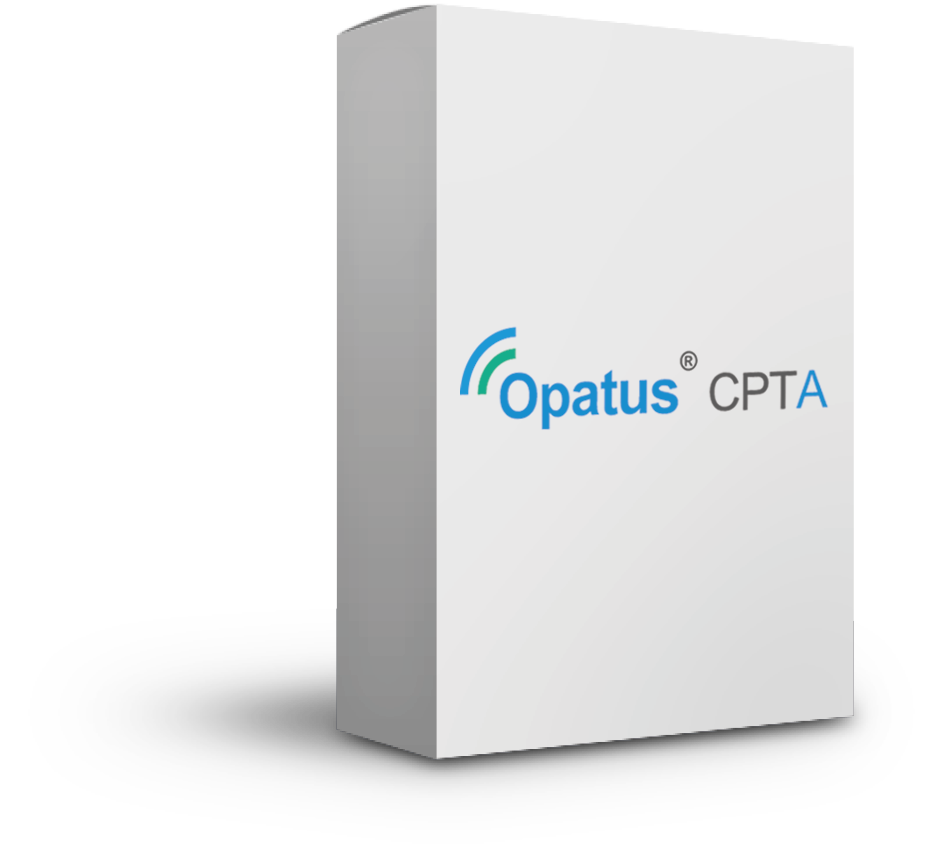 Attention: Opatus CPTA monitors how often presented targets are not responded on (missed taps). Such errors are considered to be inattentive events. (You have not managed to be sufficient attentive to respond, or is too bored to care). Also the reaction time is recorded. A large variation of reaction time can be a sign of inattention.
Impulsivity: Opatus CPTA monitors how often responses are registered when no targets are present (false taps), or multiple responses to one symbol (multi taps). Such errors are considered to be impulsive events. (You have not managed to inhibit the urge to tap, or have responded too fast (without thinking)).
Activity: Opatus CPTA records how you have moved the mobile around in the 3D space during the test, and will tell you the length of the path moved when finished. Some sit very still, some move vividly during the entire test.

There are numerous publications on the utility of CPT and there is a meta study supporting the simultaneous use of CPT in combination with hyperactivity assessment.
A study is ongoing at the Children neuropsychiatric clinic in Gothenburg where Opatus CPTA is being used in order to verify its relevance. The study is expected to be completed mid 2018.

The individual patient’s results are compared with the results of a reference group that has been gathered primarily in Sweden and Germany.

How Does It Work?

PROCESS
The test app can be downloaded from AppStore and an account is opened by contacting info@opatus.se . Opatus CPTA runs on iOS devices such as standard iPhones or iPods.

INSTRUCTIONS
The patient sits on a dining chair without armrests, holding the iPhone with both hands in landscape mode. The first test is preseeded by a practice test to verify that the testee has understood the task before starting the real test. The test takes 8-20 minutes, depending on the person’s age.
It is a standardised task where symbols are presented briefly at a steady pace on the smartphone screen. Some symbols (targets) require a response (tap on the screen), and some symbols do not (non-targets). Variants of this task have been used for more than 50 years known as CPT (Continuous Performance Test/Task). How long can a person maintain attention given a low-stimulation task? It is an endurance test!

REPORT
Once a test is completed, the data is transferred to Opatus server and a test report with graphics is produced automatically and sent to the clinician for further analysis. 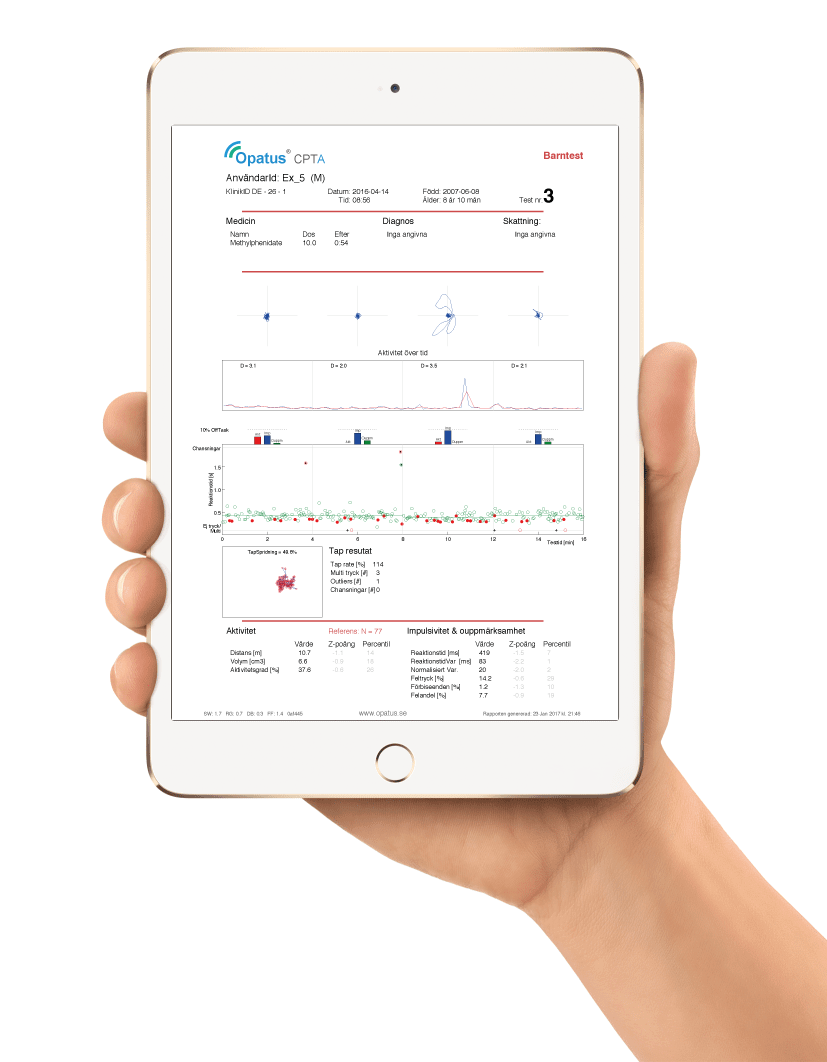 Click image to see an example before and after treatment